Robina lives in a village called Bumakusa in Manafwa district, Mbale region. She and her husband are subsistence farmers and parents to two little boys age 3 and 5 – and now to a little girl, who was born safely after Robina was carried by motorbike ambulance to a hospital. 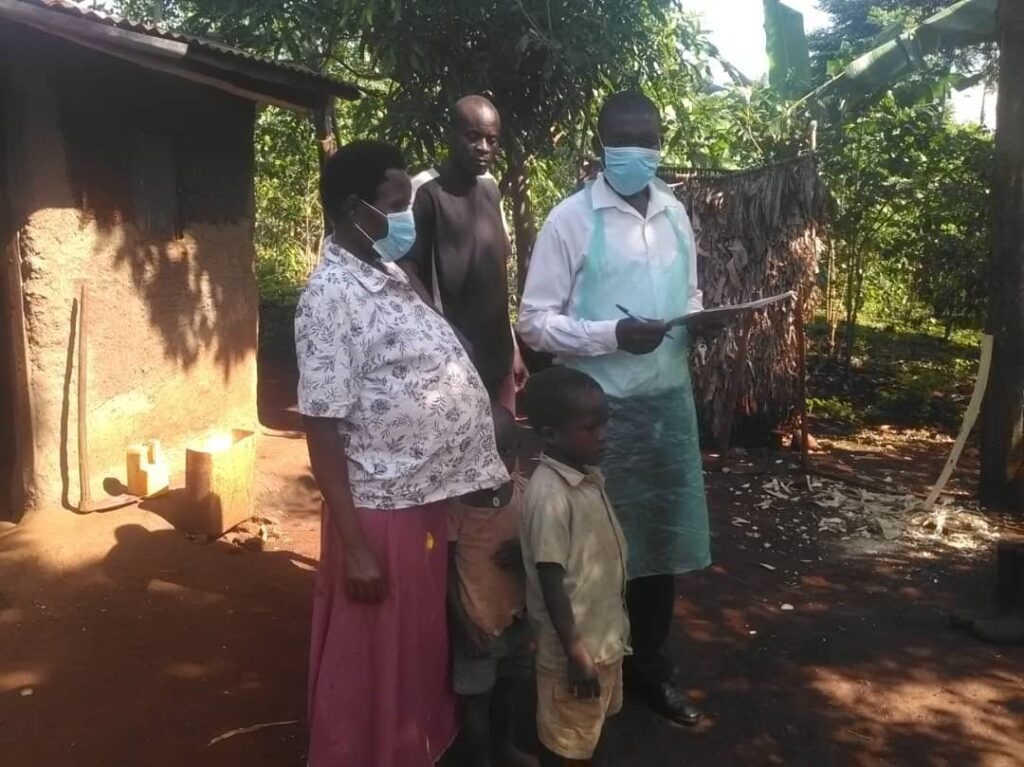 Fortunately too, her husband was listening to the radio in May when the Manafwa District Health Officer spoke on a talk show about the ambulances and announced the contact telephone numbers for the 4 drivers – because he ended up needing a phone number twice!

Late in the evening on 2nd June, Robina developed a pain in the abdomen, similar to labour pains. Her husband called the nearest Ambulance Rider for help. The Rider responded quickly and rushed her to the nearby health facility which referred her on to Bugobero Health Centre IV where she was thoroughly examined and tested.  She was found to have Malaria with a pregnancy slightly over 8 months. She was admitted and given a full course of the prescribed treatment for three days. On the fourth day she was discharged because she was feeling a lot better. 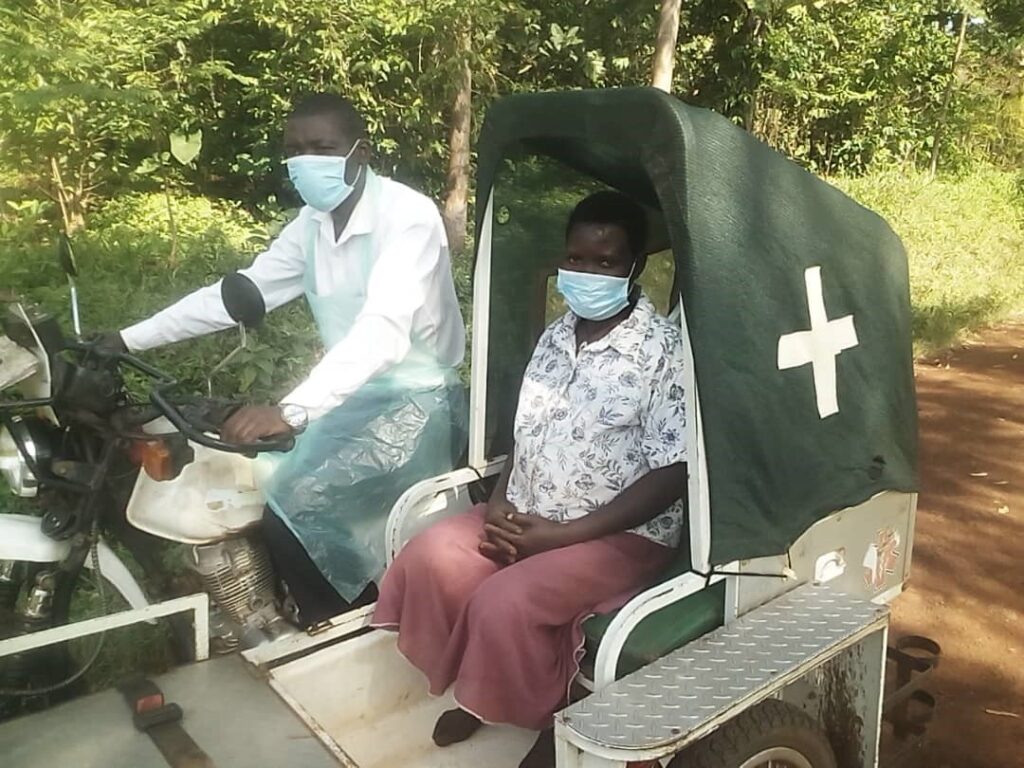 Then on 8th June, the Rider was called back to take her to the hospital where she was supported to give birth to a healthy baby girl.

Robina and her husband are very impressed by the services of the Motorcycle ambulance in their community. It provided free comfortable transport to the health facility where her life and the life of her baby were saved. And they also said it created a strong relationship between the Motorcycle Ambulance Rider and Robina’s family.

Thousands of women like Robina are transported to hospitals and health centres by our motorbike ambulances every year! But through the period of lockdown in response to coronavirus, public transport (including boda boda motorbike taxis) was banned and they have been in more demand than ever, with a huge increase in the number of journeys made (which you can read about here).

Can you help support the motorbike ambulances?