“A smile on her face”

Thanks to the generosity of supporters who support our “Livelihoods” fund through monthly donations, events and sponsored challenges, we were able to send an extra gift to Mbale in June to help savings group members who are struggling to keep their families healthy and nourished during lockdown. We were able to give flour, sugar and soap to 200 members in 10 groups and these were very gratefully received! 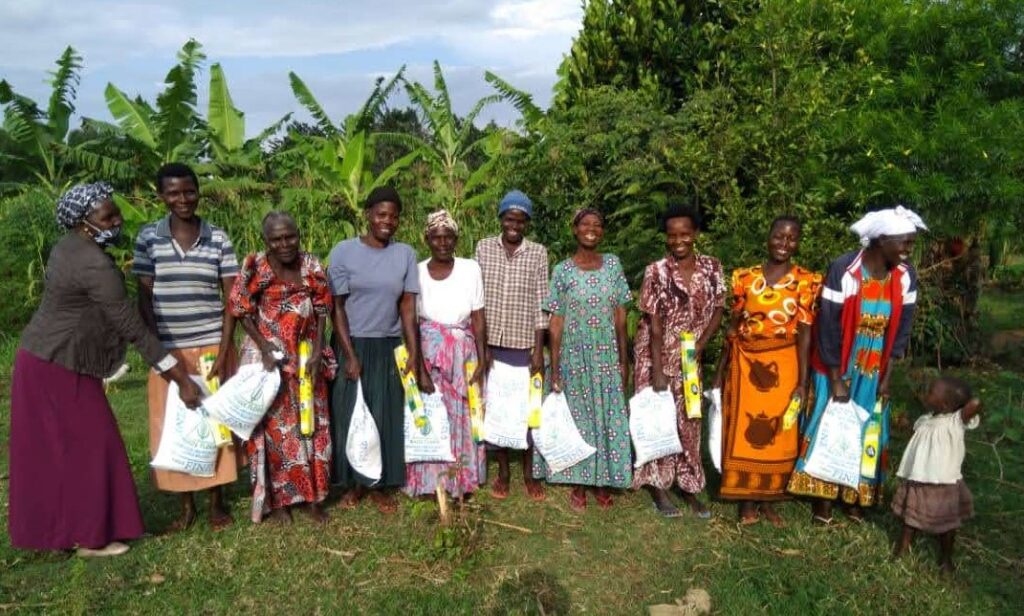 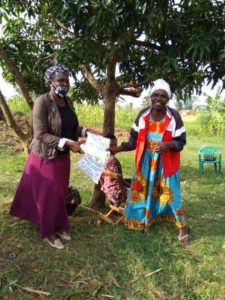 Alice, a widow, is pictured here recieving posho (maize flour) and a bar of soap. She takes care of 6 grandchildren.

She told our Programme Coordinator Zebbie that the previous night she’d just had water as a meal before going to bed.

You have put a smile on her face!” 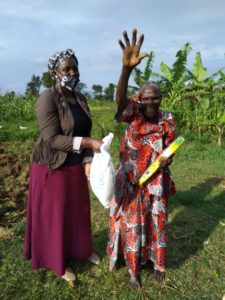 Failotsa, aged 82 years, couldn’t hide her excitement after receiving maize flour and a bar of soap.

She had gone a full month without soap and she was worried that she could contract Covid-19 since she was not washing her hands with soap as recommended by the medical team.

Failotsa is waving at you in appreciation of the support!”

Zebbie reminded group members of the importance of handwashing to help prevent the spread of coronavirus and other diseases! Pictured here is a “tippy tap” at a member’s home. 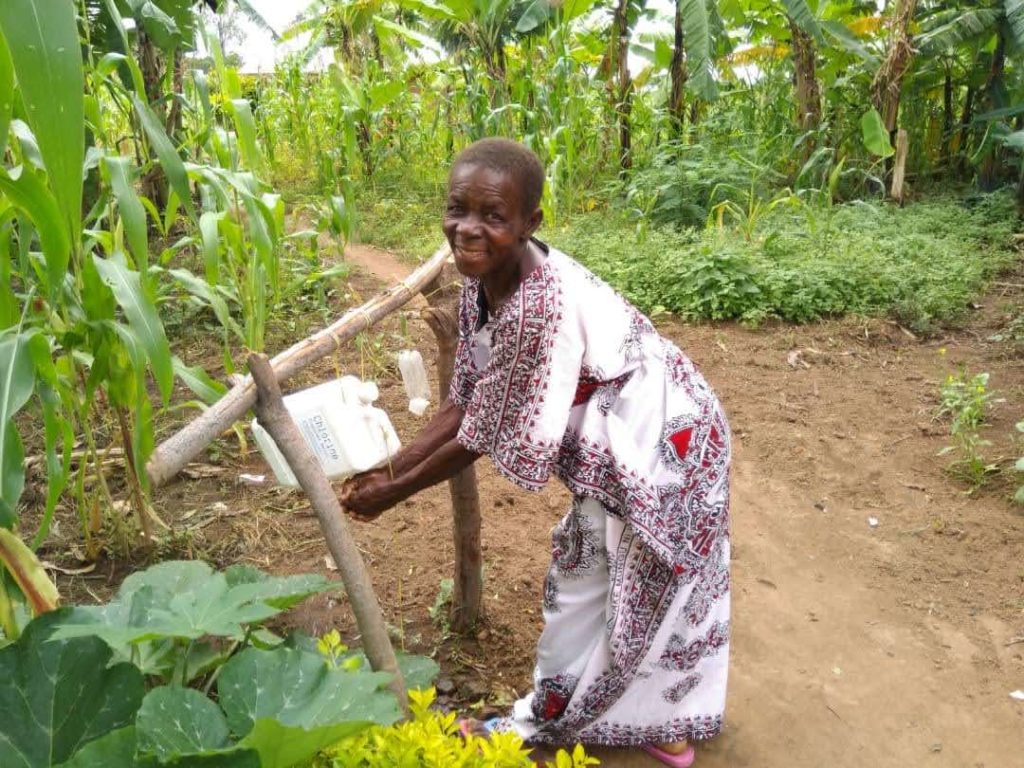 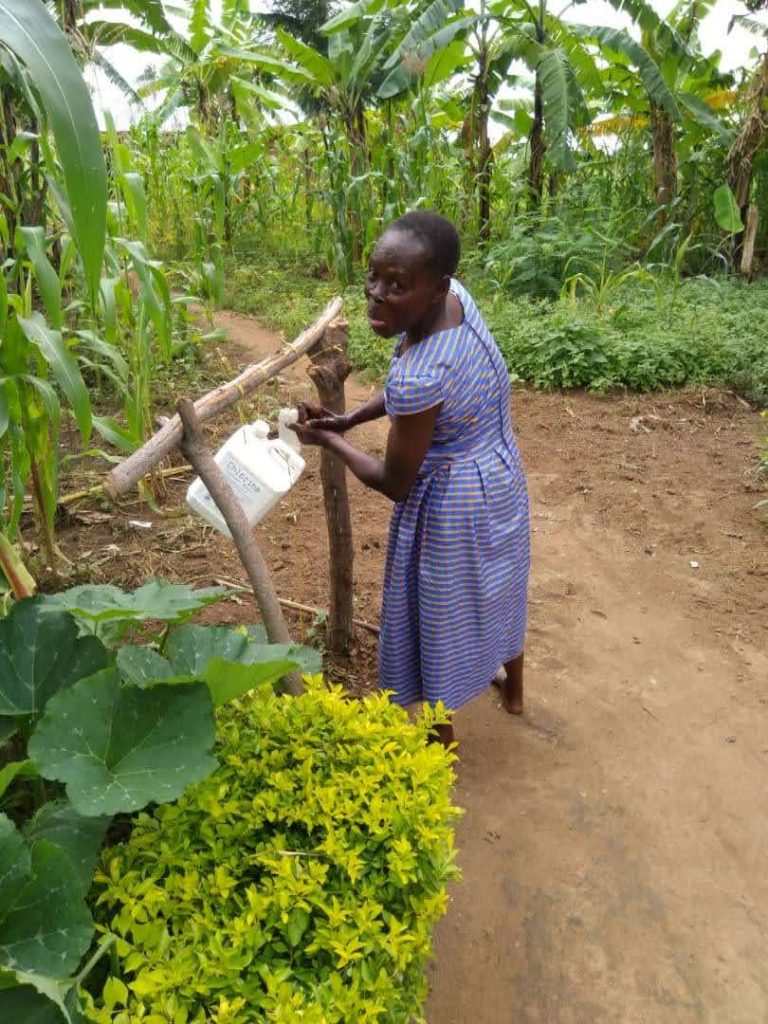 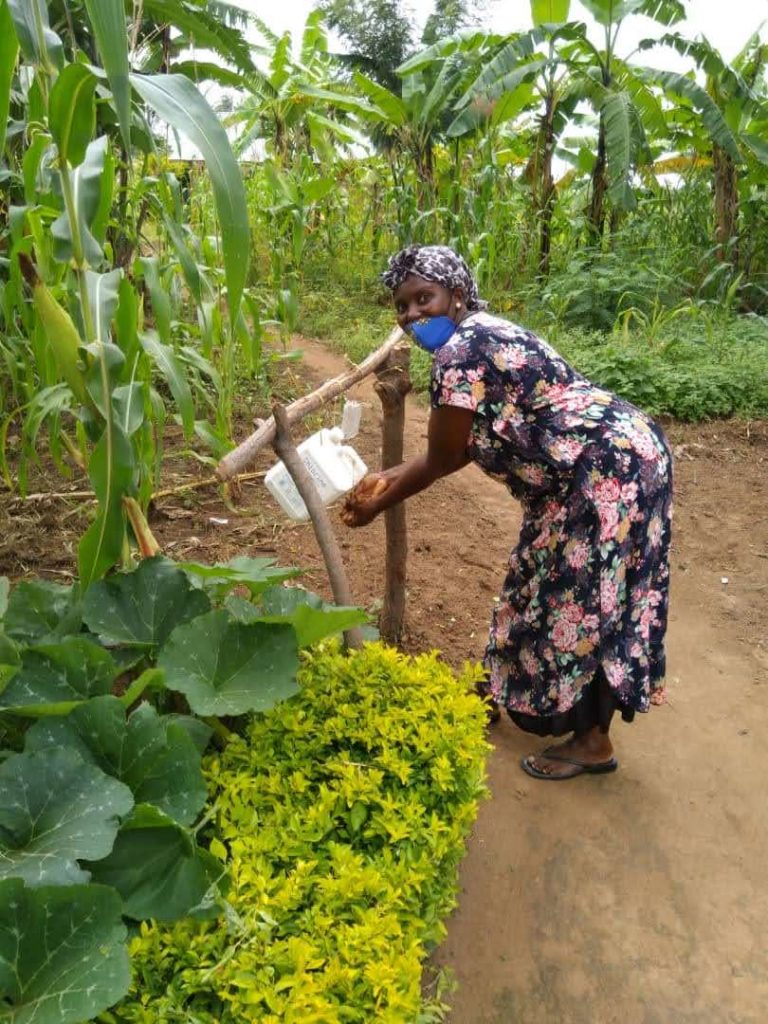 Zebbie told us some stories and comments from the different groups she visited:

– In the Muanda group one member’s grandson, aged 11 years, is HIV positive but he had refused to take his daily drugs (ARVs) for two days because he had no food to eat after taking his drugs. Beatrice his grandmother was very appreciative for the timely offer of support.

– The Namukhura Inyukha group has many active members, but their group secretary sadly passed away. His wife was left to care for 7 children and she mostly relies on her fellow group members for support.

– The Walusyembe Yetana group has some members with disabilities and they were the first identified by the group to benefit from the gifts of food and soap.

– One member of the Syeeba Subila group, aged 64 years, looks after 10 orphans in her home.

– Many group members are caring for large families – the largest household amongst the Nabumali group has 18 people.

Could you help support women like Failotsa and Alice?