In Febuary 2019 a team of PONT volunteers was lucky enough to take part in update training for some of our volunteer healthworkers in Mbale region. In one of the breaks they caught up with some of the healthworkers, who shared some of their stories. Their commitment to saving lives in their communities shone through every time. 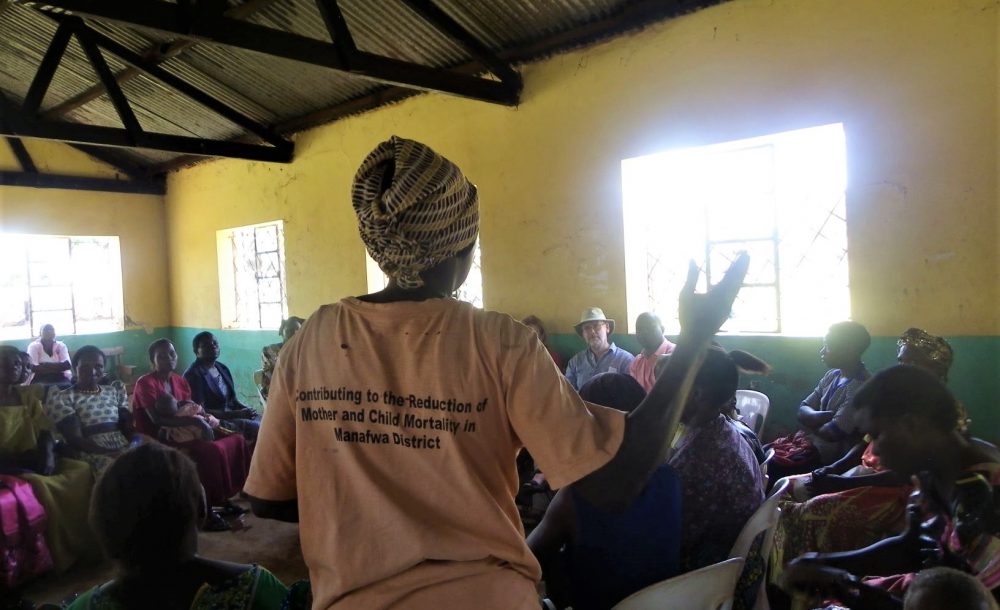 Alex Ngotowa has been a healthworker for 13 years. He has 8 children of his own – four boys and four girls. As a healthworker his duties including advising neighbours on hygiene and sanitation and referring malnourished children to the health centre.

Recently Alex rescued a child who had been struck by electricity and he administered first aid.  He supported the child to get to the health centre.  As a result of his intervention the child’s life was saved. 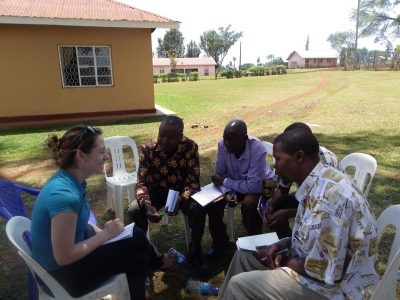 Teddy Wabule became a Traditional Birth Referral Attendant 10 years ago. She said that the local council were looking for ladies who could read and write. She trained to mobilise mothers and give support to pregnant mothers.

She believes that her work has saved the lives of many women – and says the local midwife would testify to the fact that in her absence many lives would have been lost.

Teddy told us that most of the time she sleeps dressed so that she is ready and available in any crisis 24 hours a day, 7 days a week.

She monitors pregnant mothers’ progress, encouraging them to visit the hospital if a crisis arises.

She told us how a lady called Robina was due for delivery and was experiencing a hard labour. Attempts were made to induce the birth, Teddy travelled with Robina to the health centre where a midwife checked her and referred her to the hospital for a caesarean. Teddy stayed with Robina for two days until she was discharged.

Teddy believes that without her intervention Robina, being an experienced mother with many children, might not have been persuaded to go to the clinic or the hospital. If that had been the case, she said Robina and her new baby would have died leaving 8 children without a mother. 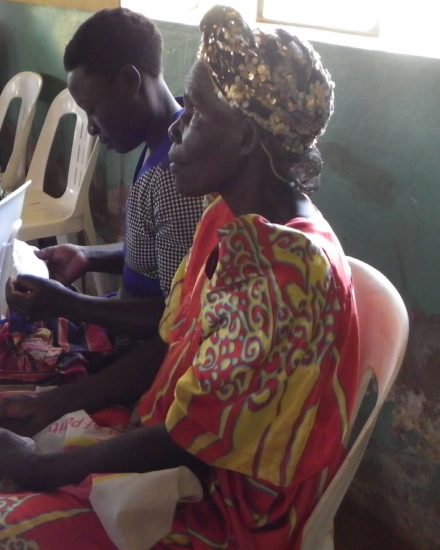 Margaret Shiwowo became a health worker in 2008. She was identified by community members because she learns quickly, is a cooperative lady and helps others.

She says that before her training, “I was a family person – I was ignorant and did not know many things.”

Now she makes home visits, to talk to people about sanitation, family planning, immunisation, maternal health and safe water use.

When her neighbour was expecting a child and delivery became difficult, Margaret called the health centre to report it.

On another occasion when a mother had given birth at home, Margaret found her with the placenta not coming out. She contacted the health centre assistant who taught her how to do the job and also prepared the midwife just in case.

Margaret enjoys the job of being a volunteer Traditional Birth Referral Attendant – she loves the job. She feels connected to the community and is very proud to be called a “nurse” by her community. 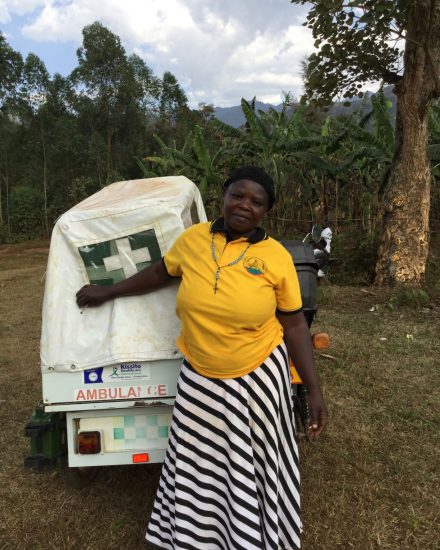 Will you help us train more healthworkers ?