Thanks to our links, trees are being planted. Children and adults in Uganda and Wales are learning how important trees are for the future. Students are working with communities to reduce landslide risks.

Climate change is not a distant idea for people in Mbale – it’s a reality. The usual dry and rainy seasons in the area are becoming less predictable. Around 70 % of people in Mbale region grow their own food, so when the rains don’t come on time they go hungry. They have no food crops to sell and so may be unable to pay for school uniform and stationery to enable their children to attend school.

Then when rains do come they cause soil erosion, landslides and flooding, made worse by trees being chopped down for farming land and fuel.

Several academics who are also involved in our University link have an environmental interest.

Education is going to be one of the most important ways to improve land management practice and develop resilience. Growing particular trees together with crops can improve crop yields and also bring a range of other economic and environmental benefits. In 2012 Dr Tony Harris won a grant for a pilot project to introduce ‘agroforestry’ plots, where trees are grown around crops, into some PONT partner schools.
Support Our Work 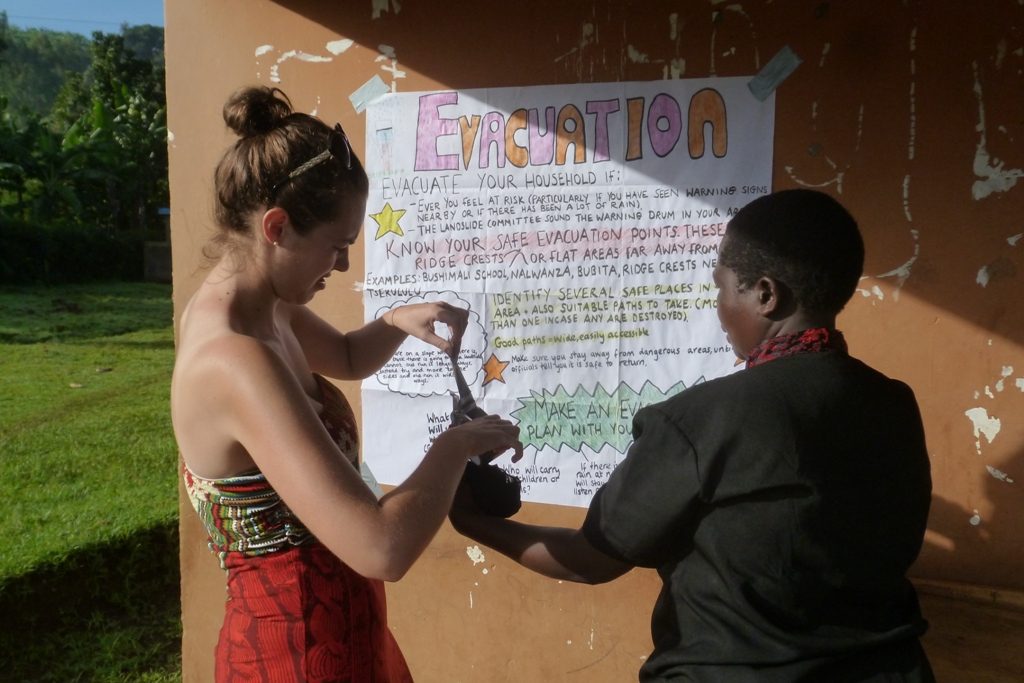 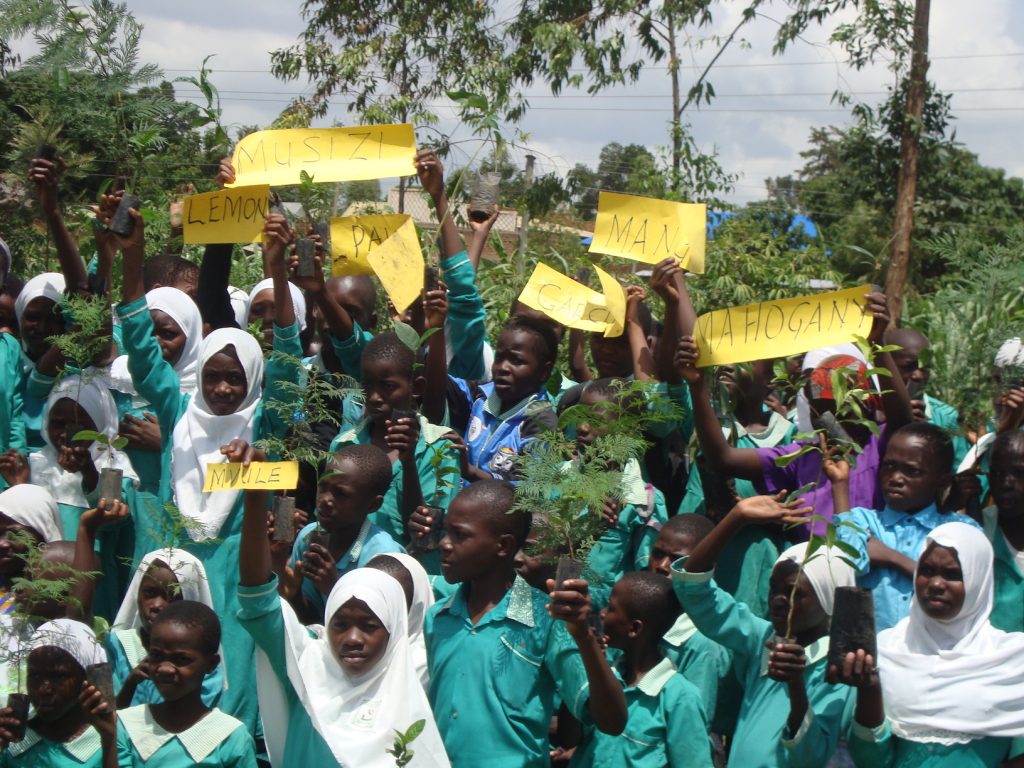 Watch (in Welsh): ‘Her yr Hinsawdd’ brings to life Mbale’s response to climate change (and some beautiful scenery!)

Watch Video
All Mbale schools that are linked with a Welsh partner through our Education links are now encouraged to have a tree-planting project. Children in the Welsh schools are learning how this helps a sustainable future.

Marga Quince and the late Professor Hilary Thomas played a key part in the development of the Mbale Trees Project supported by the Welsh Government through Size of Wales. The project aims to incorporate the planting of ten million trees in Mbale Region with the Plant! project in which a tree is planted in Wales and a tree in Uganda for each child born or adopted in Wales. The ten millionth tree will be planted later this year, following which the whole Size of Wales project will be extended to plant trees to double the size of Wales!

Both projects featured in the S4C Documentary ‘Her yr Hinsawdd’(‘the climate challenge’) which PONT volunteer Marga Quince took part in.

Bududa District in Mbale region is prone to landslides as a result of deforestation and cultivation on its steep slopes. Climate change and population increase will only increase the risk of future landslides.

Tony Harris and masters students from the University of South Wales have been working with communities at Bushimali and Bunakanga to raise awareness and reduce landslide risks.

This has involved providing community tree nurseries and tree planting demonstration plots to show the communities how to plant trees with crops to stabilise the slopes and reduce landslide risks. They have also been training the communities to recognise landslide warning signs and develop community warning systems and evacuation plans. Some of the schools in Bududa and Bunambuli have also had agroforestry demonstration plots.

PONT schools in Mbale have tree planting projects – and visitors get involved too!